Are We Headed for a Recession?

Now that we’ve passed the mid-year mark, many economists and self-declared financial pundits are reviewing investment performances of the first 6 months and predicting the next 6. The most frequent question seems to be whether we’re headed toward a bear market, followed by a recession. This, despite the fact the economy is strong with unemployment at historical lows and companies reporting earnings growth.

Most of our clients hire Moneywatch because they are consumed with their careers and busy with their families and they want us to plan for their financial independence and manage their investments to achieve that goal. And, for many, words like inverted yield curve and budget deficits make their eyes roll back in their head.  So, if the term zero term premium means you’ve had a bad semester, read here for what you need to know about your retirement investments if the market declines…or doesn’t. 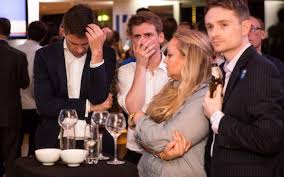 Should I Stay or Should I Go?

With a nod to my college days when The Clash had a hit single of the same name, this is the question many of us ask ourselves when the market moves sharply down. For instance, when the market dove more than 10% in less than two weeks in late January a client called me and asked if we were going to sell his stock mutual funds and invest him differently since we’re headed into a bear market. I responded by saying that we, nor anyone else, knows if we’re headed into a bear market. In fact, if anyone ever tells you they know how the stock market is going to perform in the future, they’re either lying or delusional. Additionally, the problem with trying to time the market is you have to guess right twice: 1) When the market has hit its peak and it’s time to sell and; 2) When the market has hit it’s low mark and it’s time to buy again. People who try and time the market generally guess incorrectly twice and just exacerbate the impact of the temporary market decline.

One Foot On the Brake and One On the Gas

Okay, Sammy Hagar really isn’t my favorite either but, if you too can’t drive 55, what are you to do? We all want to achieve our financial goals as quickly as possible but we also don’t want to get a speeding ticket in the form of major investment losses. So, as our client and I continued to talk, I explained he was already invested in case there was a downturn. No, we can’t predict, but we can prepare.

I’m sure you’ve heard the advice to diversify your investments – this is why. Just to use round numbers, if you have $100,000 in retirement savings and it is all invested in mutual funds that purchase U.S. stocks and the stock market declines 10%, your $100k is now worth $90k. Now, in order to regain that $10,000 the stock market must increase by 11.1%. So, what if there was a way to buffer that decline and get back up to speed faster.

Managing your wealth, your investment assets, with one foot on the gas and one foot, let’s say poised over the brake, is how we become a Smooth Operator, like Sade. By smoothing out the ride we aim to minimize the declines and, as a result, hit our goals sooner. Think of our U.S. and international stock mutual funds as Growth Funds and the gas pedal that will, over time, generate the speed – returns - we need to hit our financial goals. Then think of Income Investments such as bond mutual funds as a slight touch on the brake. They’re designed to provide steady income with less volatility in value than stocks. So, when the market inevitably declines someday your entire portfolio shouldn’t decline quite as far – and should regain it’s value faster too. A light touch that keeps you, yes, operating smoothly within the speed limit. Remember the prescient words of Smashing Pumpkins, “speed kills but beauty lasts forever.”

So, examine the offerings in your 401(k) or your 403(b) retirement plans to make sure you’re invested in both kinds of investments and at a percentage that makes sense for your individual circumstances. As always, if you need help, give us a call.