Looking for a Terrible Investment? Try an Annuity!

Last week I wrote about how insurance companies often represent themselves as “financial advisors” while they attempt to sell you complicated insurance contracts called annuities. But they aren’t the only ones hawking these fee-laden products. If your employer’s workplace retirement plan uses TIAA, (like UK, Transy, EKU, etc.) chances are you’re invested in an annuity – even if you didn’t realize you chose it. Why do the firms that sell annuities like them? The money they reap in fees.

First, what is an annuity? While there are many complicated varieties, the simplest is when you pay a lump sum amount and purchase an insurance contract – called an annuity – that promises to pay you a certain amount for the rest of your life. It sounds great because those of us without a pension have to save, invest and then figure out how to take income from those investments all through our retirement – and that can be tricky. Voila! A perfect solution, right? Well, remember the expression, “If it seems too good to be true, it probably is.” 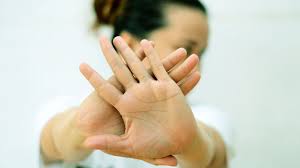 Here are 3 major reasons why annuities are a bad long-term investment:

Annuities often come with big initial fees in the form of commissions that can be as high as 10% of the lump sum you’re depositing. In addition, if you try to access YOUR money prior to the end of the surrender period – usually 2-10 years – you’ll get hit for another fee, up to 7%. In addition, yes there’s more, additional fees for administration or riders that charge you to let survivors access YOUR money are often imposed too.

In UK’s TIAA plan, the TIAA Traditional Fund won’t allow you to even move YOUR money from that fund to another type of investment fund except in increments of 10% a year for 10 years. To get YOUR money! To make matters worse, most participants have no clue they’re even invested in an annuity as the name doesn’t reveal that, does it?

2. Annuities don’t keep up with inflation

While the sales pitch of guaranteed income for life sounds enticing, most annuities are fixed – which means you’ll receive the same level of income at age 85 as at age 65. As inflation decreases your purchasing power at about 2-3% per year, that initial payment won’t go near as far as it did originally. For instance, prices in the U.S. were over 42% higher in 2017 than they were in 2000 – a period of relatively low inflation. You’d be paying that much more for groceries, utilities, clothing, etc. but with an annuity payout that didn’t increase at all. Now, for another fee among friends, one can pay for an inflation rider that keeps up with inflation. Yes, another fee.

One would be much better off keeping your savings invested in a diversified portfolio of stocks and bonds that allows you to withdraw the amount necessary to maintain your standard of living, while also earning enough to stay ahead of inflation.

3. Your heirs inherit nothing – without an additional fee

This scenario happened to a client of ours when his bank recommended he buy an annuity – for a fee – that they helped him purchase through an insurance company – for a fee. He asked if his wife would continue to receive income when he died and they replied, “Yes, of course.” Guess what? No, that wasn’t actually true as he hadn’t paid the extra fee that allowed that to happen.

You see, if you purchase an annuity and the money you invest is depleted before you die, you’ll still continue to receive the same amount of income. But, if you die before the investment is depleted, the insurance company keeps what’s left of your money…unless you pay an extra fee for your heirs to receive it.

Now, if you’ve read my blog before you know it’s important to remember that each of our financial circumstances is different and deserves advice specific to our own needs, so please don’t construe this blog post as investment advice tailored just for you. For that, call a Certified Financial Planner™ professional.