During March the financial markets – both stocks and bonds – have behaved like I felt: tired, panicked and emotional. Let’s face it, those among us who haven’t felt those emotions are delusional or are actually robots. Working from home, figuring out Zoom, watching baseball games from 1976 rather than the NCAA tournament, wondering if every spring allergy sneeze is actually…IT! It’s quite natural to feel stressed and that makes us tired, which can lead to poor decision making. The stock and bond markets have been panicking – don’t fall for the trap. 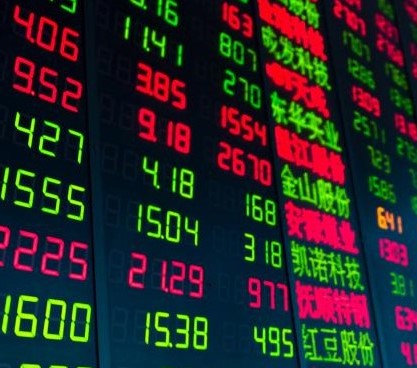 Having a plan for the long-term and sticking to it is the best course of action. But it is quite natural for our minds to play tricks on us that can cause questions to creep in. Here are three common questions and my responses:

I’m certain most people actually know the correct answer to this question but that doesn’t mean it doesn’t occur to us. That’s quite understandable. Other than the fact trying to time the market is like trying to catch a falling knife, here are some data points that may help.

Absolutely not, keep contributing! When the price of beer falls, do you buy? Yes! This is the same thing. While it has been disconcerting to watch the value of our portfolios decline this month, it is actually good news if you are still contributing to your workplace retirement plan. You are buying that mutual fund on sale! Another way to look at it is you are now able to purchase more shares of that mutual fund with the same contribution than you could in February. When the market rises again, having more shares will help add to your growing wealth.

3. Should I take some cash from savings and buy when the market has declined?

I’ll be a bit more nuanced with this response and offer a solid, maybe. First, if you think you’ll need that cash in the next year, no, don’t invest. That would always be my response, by the way, not just in a down market. Second, evaluate how you will feel if you take cash from savings and invest only to see the market decline by another 10%? No one knows how the market will behave over the next few months. We do know, however, that the market will eventually rebound just as it always has. If you don’t need the cash for the next year or so and will patiently await the harvest from your planting, yes, go for it.

I find moments of humor helps during these uncertain days so enjoy this quote sent to me by a friend of F. Scott Fitzgerald from the flu pandemic of 1918 that has nothing to do with investing: “At this time, it seems very poignant to avoid all public spaces. Even the bars, as I told Hemingway, but to that he punched me in the stomach, to which I asked if he had washed his hands. He hadn’t. He is much the denier, that one. Why, he considers the virus to be just influenza. I’m curious of his sources.”