What A Decade For Investing - What's Next?

Our ability to recall past events in detail is uneven at best. Chances are your spouse or your sibling remembers something that happened, or didn’t happen, 20-30 years ago much differently than you do. My brother, for instance, can recall 15-20 vicious things I did to him when we were teenagers while all I remember is the love and praise I showered on him. We all tend to base our expectations of the future, however, on our memories of the past. And, if our memories of the past are less than accurate, what does that say about our ability to predict the future? 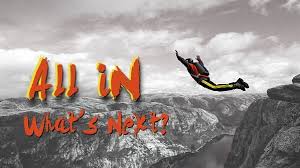 Jason Zweig, the Wall Street Journal’s personal investor columnist, recently wrote about the striking difference between the “Lost Decade” of stocks that was 2000-2009 versus the amazing decade we just finished. He stated that he’s posed the question “how much did your stock portfolio lose during the global financial crisis?” to hundreds of people over the years and their answers are consistently within the 20-25% range. Yet, from October, 2007 to March, 2009, U.S. stocks actually lost 55%! In fact, for that decade, the S&P 500 had an average annual total return of -0.95%. Remember that?

Despite the poor performance of the 2000’s, a 2018 survey done by Legg Mason Global Investors showed that 42% of U.S. respondents said they’d either invest more or do nothing if there was another global market crash on the scale of 2008-09. As Zweig points out, “if your memory minimizes how much you lost in the last bear market, you can easily overestimate how brave you will be in the next one.”

So, with our brains burdened with uneven memories it’s easy to forget that markets can decline and to assume the good times of the last decade will continue to roll!

Our job at Moneywatch, then, is to help remove the emotion from investment decisions for our clients. Part of how we do that is to aim to diversify our clients’ portfolios in the way that makes sense for their individual circumstances and goals – rather than attempt to time the market. That’s why most of us have value, large, mid and small company mutual funds plus real estate, international and, of course, income funds within our portfolios. In short, we invest with the one absolute in mind – markets are unpredictable.

As a 95-year old man once responded when asked what kept him going, “I just can’t wait to wake up and see what happens next.” Me too, partner, me too.